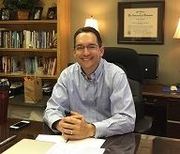 Pastor Gene started at HHBC September of 2015. Prior to that he served as Executive Pastor of Edwards Road Baptist Church, also in Greenville, from 2003, as well as Pastor to Young Married Adults at Biltmore Baptist Church in Arden, NC from 2001-2003. From 1989-2001 he worked for GMAC Insurance as an investigator, trainer, and supervisor. Pastor Gene obtained a Masters in Biblical Counseling from the SBTS and has a BSBA from the University of Tennessee. Married to his best friend, Angie, they are blessed with four children, Brett, Katie, Hannah, and Luke. Gene enjoys his family, riding the Swamp Rabbit Trail and Tennessee Football. He believes biblical counsel, from the pulpit and the office, is the greatest need in the church today. 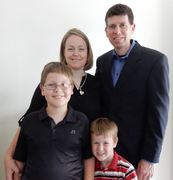 Clay started at HHBC June of 2014. He has a Bachelor of Arts in Christian Studies and History from Southeastern Baptist Seminary. Prior to this, he served as Student Minister at Midway Baptist Church in Cookeville, TN from 2009-2012 and as an Intern in the Guest Services Department at Bellevue Baptist Church in Memphis, TN from 2012-2013. Clay is married to his lovely bride, Leah, and they have two sons, Caleb and Justice. Clay enjoys family time, fishing, reading, Star Wars, and Miami Hurricanes sports.

If you have any questions regarding our Children's Ministry Program you may contact Clay via e-mail at clay@hhbc.org.

Carlos started HHBC January of 2018. Carlos and his family began attending Hampton Heights when they moved to Greenville from South Florida in September, 2017. He began leading worship in high school when he came to faith in Christ and felt called to play music for God's glory and lead His people in worship. Prior to Hampton Heights, Carlos was the Music Director at First Baptist Church of Hollywood and has been teaching guitar lessons and bands since 2007. He has an Associates Degree in Music and plans on pursuing his bachelors degree in Music Education. He enjoys spending time with his amazing wife Elizabeth and their three children, Naomi, Sefora, and Ephraim, as well as playing music when he's not working. Carlos is passionate about the gospel and wants to see Hampton Heights continue to grow in a culture of Christ-centered worship!

If you have any questions regarding our Music Ministry Program you may contact Carlos via e-mail at carlos@hhbc.org.

Nancy started at HHBC May of 2014. Prior to serving at HHBC she was an Executive Assistant for a Cerebral Palsy Association in NY where she served 10 yrs. She is married to her husband, Kevin, and they are blessed with three children, Casey, Stephanie, and Jacob. Nancy has 7 grandsons between her two daughters. She enjoys spending time with her husband on the weekends as they ride their motorcycle, enjoying God’s beautiful creation. She also enjoys going to NY and TN to see her daughters and their families when she can. Her son graduated from Riverside High School in 2016 and currently is home working locally.

If you would like more information about our church, please fill out our contact form or call us at 864.244.1385.